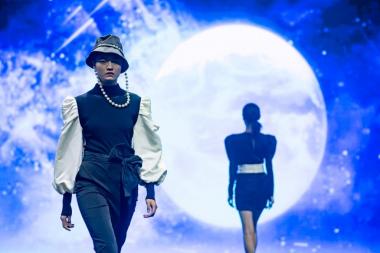 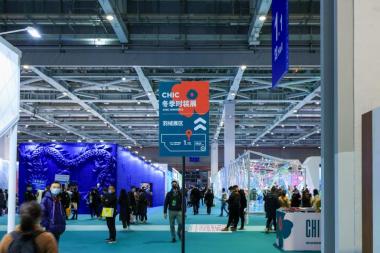 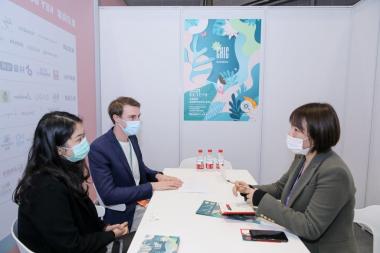 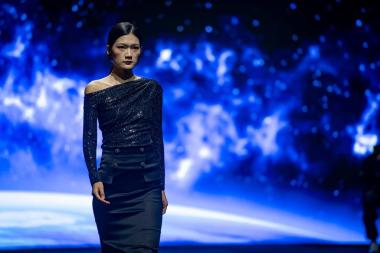 The Chinese economy has recovered again after the pandemic in China and already reached pre-crisis level with 6.5% growth in the fourth quarter of 2020. McKinsey estimates are a 5 to 10% growth in sales in China in 2021 compared to 2019. Thanks to good sales in China, the fashion luxury brands in particular have been able to improve their sales figures. But also regarding online trade, Chinese ecommerce sales were in first place worldwide for the eighth year in a row. The average per capita income of consumers rose by 3.8% last year.

The Chinese economy has recovered again after the pandemic in China and already reached pre-crisis level with 6.5% growth in the fourth quarter of 2020. McKinsey estimates are a 5 to 10% growth in sales in China in 2021 compared to 2019. Thanks to good sales in China, the fashion luxury brands in particular have been able to improve their sales figures. But also regarding online trade, Chinese ecommerce sales were in first place worldwide for the eighth year in a row. The average per capita income of consumers rose by 3.8% last year.

905 exhibitors and 932 brands will present themselves on site at CHIC. Around 95,000 trade visitors from all retail areas, including all relevant online sales platforms, are expected. The CHIC's online and live streaming events, which run parallel to the trade fairs, have recorded an average of 150,000 clicks on each show since April last year.

CHIC Garden
China is to become climate neutral by 2060, which of course also affects the fashion sector. Overall, the awareness of Chinese consumers has developed even more towards high-quality, sustainable collections. In their "State of Fashion 2021" report, McKinsey & BoF analyze the awareness development in China that consumers and producers are increasingly recognizing the importance of joint efforts by all participants in the value chain to work together in order to achieve sustainability in the fashion industry.

The CHIC flagship event visualizes this topic with the "CHIC Garden" theme. With the help of garden design experts, the fair is transformed into an inspiring garden paradise that reflects closeness to nature and the appreciation of natural resources.

As an exception, the CHIC autumn event, CHIC Shanghai will take place in August this year (25th to 27th August 2021). 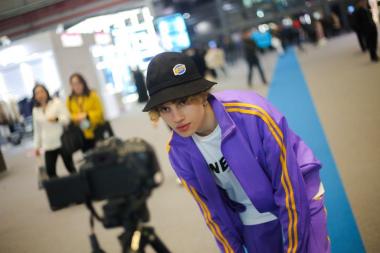 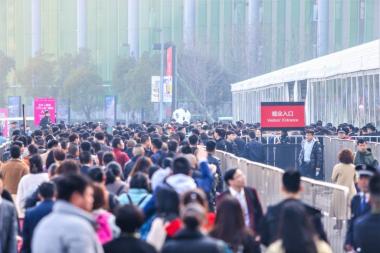 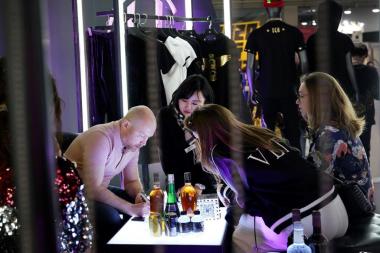 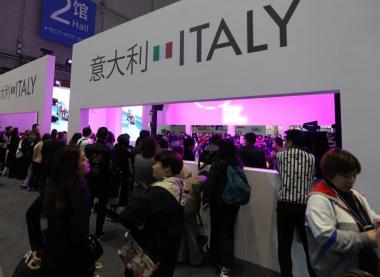 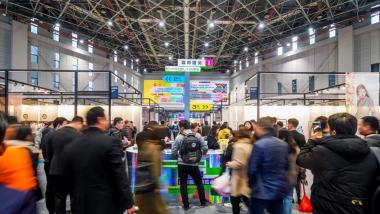 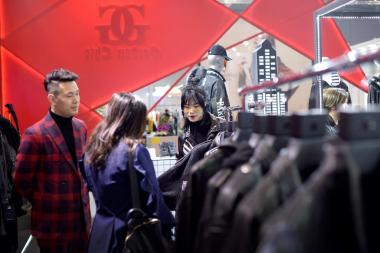 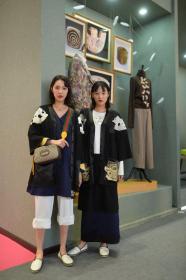 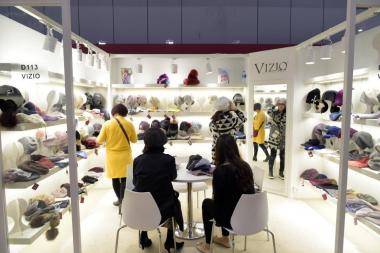 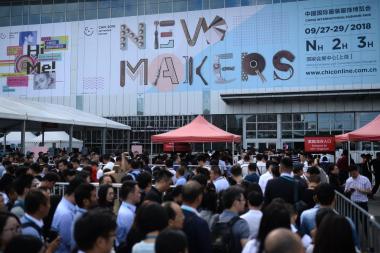 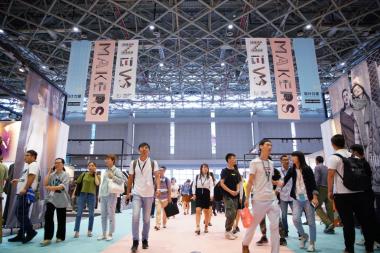 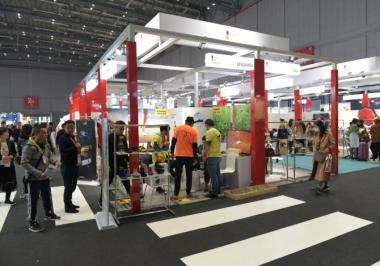 The spring edition of CHIC, taking place from March 14-16, 2018, finished successfully with yet another increase in visitor figures. 1,210 exhibitors from 21 countries and regions presented themselves on 117,200 m² at the National Exhibition & Convention Center in Shanghai. 112,666 visitors of all business channels were registered at the fair, among them leading department stores, shopping malls, multibrand stores, agents, distributors.

The spring edition of CHIC, taking place from March 14-16, 2018, finished successfully with yet another increase in visitor figures. 1,210 exhibitors from 21 countries and regions presented themselves on 117,200 m² at the National Exhibition & Convention Center in Shanghai. 112,666 visitors of all business channels were registered at the fair, among them leading department stores, shopping malls, multibrand stores, agents, distributors.

Chen Dapeng, President of CHIC and Executive Vice President of China National Garment Association: "The consumers in China develop rapidly, `consumer upgrade´ is the keyword, the Chinese market is consumer oriented, in demand is an individual young style. The offer has to adapt to the needs of this target group, the industry has to become even more innovative and face the technological challenges."

CHIC Shanghai shows that the Chinese market follows the current trends which is also mirrored by its fresh young design and a full visual concept that was developed in cooperation with WGSN. Addressees are the young trendsetting consumers, China´s driving force for the strong growth in retail sales, which increased by 10.2% in 2017 to about 5.7 trillion US$. According to a study by BCG this target group accounts for 65% of consumption increase in China with a predicted growth rate of 11% per year until 2021. The total domestic consumption contributed nearly 60% to the economic expansion of the country in the last year.

Intensive contacts and ordering in all areas of CHIC

The exhibitors of the designer area IMPULSES, one of the core segments at CHIC and occupying the entire North Hall, among them Hua Mu Shen, Shan Zi, Mood for Mode, were very satisfied. In addition to numerous concrete cooperation agreements high value orders were placed as well.

The international exhibitors in the FASHION JOURNEY area came from Brazil, Denmark, Germany, France, China Hong Kong, India, Italy - with 40 exhibitors again the biggest European participation - , Japan, Korea, Peru, Poland, Sweden, Spain, China Taiwan, UK. They expressed their satisfaction with their participations and recognize the potential of the Chinese market. The trade fair objective are contacts, numerous promising cooperation talks took place that need intensive follow-up after the fair. Nevertheless there were also orders placed at the fair. The Polish Investment and Trade Agency participated for the first time in CHIC with its national export program “go-to-brand”. Polish jewellery and kidswear designer brands participated in the program and exhibited at CHIC.

Showing at the leather and fur area HERITAGE the International Fur Federation (IFF) presented itself for the first time with international producers such as the auction houses NAFA and SAGA. Turkey was again represented under the roof of IDMIB / ITKIB by ten companies. For the national participants, grouped in pavilions of the respective Chinese provinces, CHIC is an essential business platform, here they regularly meet their buyers and this time once again registered orders of high sums.

Young brands in the CHIC YOUNG BLOOD area like Monkey King (after the monkey king in the classic Chinese novel The Journey to the West) with manga style shirts or JPE, a trendy street style brand with a traditional Chinese dragon being its mascot, made more than 300 contacts with concrete cooperation intentions at CHIC.

Companies in the segment URBAN VIEW, the menswear area, e.g. RUYI group with more than 30 international fashion brands such as Aquascutum or Sandro; GSON, a menswear line of SEMIR group or ManCode, a new exhibitor at CHIC, reported hundreds of cooperation inquiries and direct deals at the fair.

A sensation in the accessories segment SECRET STARS was created amongst others by the German brand LEONARDO. Large groups of visitors interested in the jewellery collection gathered at the booth. The fair participation beat the company´s expectations by far.

The young generation is the engine for fashion consumption in China, a fact also recognized by the management of the SEMIR group that presented product novelties and its service offer with its kidswear brand BALABALA in the KID´S PARADISE at CHIC. New technologies were shown on more than 500 m² by the HODO group and its "unstaffed shops", "smart fitting rooms", "magic dressing mirrors". Further innovations were "cloud shelves" and "big screen data".

The intensively expanded visitor management, online and offline, was a central aspect of the fair. Online via WeChat and the official CHIC APP more than 200,000 visitor request for specific product groups were made, exhibitors uploaded more than 700,000 pieces of product information. Active exchange was initiated by the Buyer´s Talk on the second fair day, dealing with the development of the buying systems of department stores and shopping malls, trend information was given at CHIC Buyer´s Theme Salon also taking place on day 2. The VIP Buyer´s Meeting brought international brands and interested agents and distributors together - a service that the organizer will expand in the future. “We visit CHIC Shanghai every time, for us it´s a very important platform for trend information and also to find European brands that we can introduce to the Chinese market”, says Wen Liu, CEO Jesery from Wuhan, representative of Canadian designer brand JAC. The management of Mallstyle Investment (Shanghai), with e.g. Italian luxury brands in its portfolio, directly got in touch with German and Italian brands at CHIC after the meeting.

The event schedule of CHIC offers a broad seminar and workshop programme with its CHIC TALK, from trend information to retail solutions to buyer meetings, the show programme CHIC SHOWS staged fashion presentations, of which especially the IMPULSES and OVERSEAS´ JOINT FASHION SHOWS attracted the visitors´ attention. CHIC Shanghai is designed as a global platform for the fashion industry and fashion trade and integrates all resources that are relevant to a successful development of the fashion business in China.

CHIC Shanghai changes together with Intertextile Shanghai, PH Value and Yarn Expo the date for its autumn edition to September. The next fair will be held from September 27-29, 2018 at the National Exhibition & Convention Center in Shanghai. 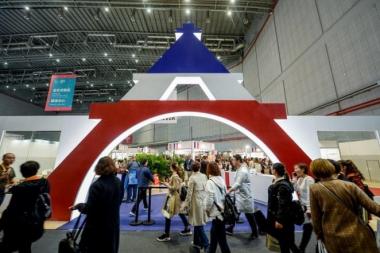 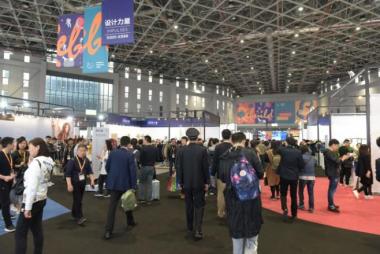 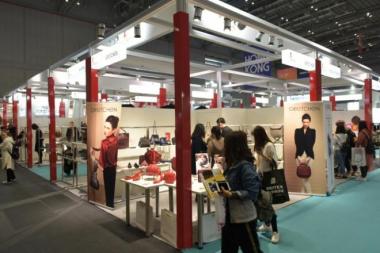 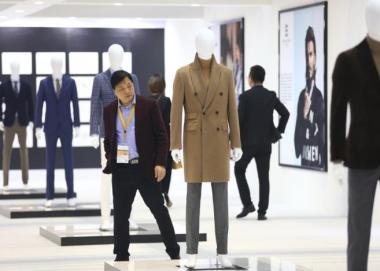 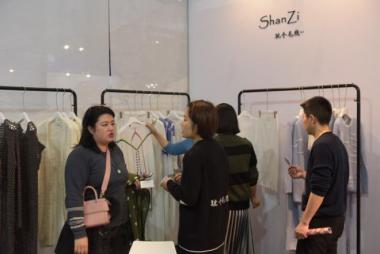 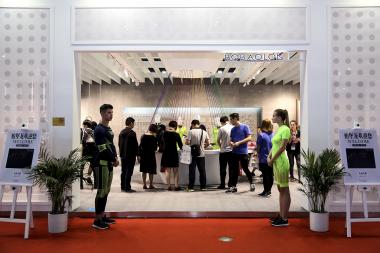