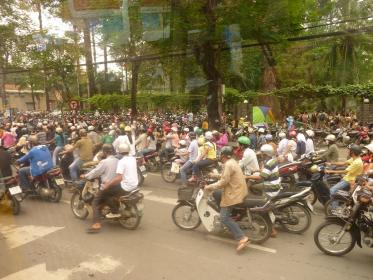 Hong Kong (gtai) - Vietnam is one of the main production sites of the clothing industry. Already in recent years the country had attracted buyers from around the world. In 2014 textiles and clothing shared 22% of the total merchandise exports. According to the state owned VINATX in 2015 Vietnam was the fourth largest apparel exporter in the world. The through the FTA with the EU and the Pacific neighbors expected growth requires investment in the supply industry.

Hong Kong (gtai) - Vietnam is one of the main production sites of the clothing industry. Already in recent years the country had attracted buyers from around the world. In 2014 textiles and clothing shared 22% of the total merchandise exports. According to the state owned VINATX in 2015 Vietnam was the fourth largest apparel exporter in the world. The through the FTA with the EU and the Pacific neighbors expected growth requires investment in the supply industry.

In 2015 the Vietnamese garment exports amounted to about USD 27 billion. Estimates of the Vietnam National Textile and Garment Group (Vinatex) show they will increase by 8% in 2016. Nearly USD 30 billion of sector products would then be exported and assure Vietnam a ranking among the four largest exporting countries. The world market however is stagnating. The sector contributes nearly 10% to the industrial added value of the country, 2.5 million people are employed.

As the most important export market remains the United States. According to Vinatex the export to the US rose by 13% in 2015. The group dominates the textile production in the country, including companies like Garment 10, Phong Phu Textile and Garment Corporation, Viet Tien Garment and Hoa Tho Textile and Garment. Vinatex itself exported products worth of USD 3.5 billion, representing an increase of 10%.

The sector has high hopes on the in February 2016 signed FTA Trans-Pacific Partnership (TPP), in which next to the USA, Japan and Vietnam and eleven Pacific Room states arranged added tariff reductions and improved market access. If the ratification process in all countries will be successful, the agreement would enter into force in February 2018. Analysts show that Vietnam would become one of the main winners, among others due to the lowest labor cost in comparison of all other involved countries. The agreement therefore is welcomed by the majority of the population.

Pre-products have to be imported

According to experts the competitiveness of Vietnam will be increased especially in the area of textiles and clothing. About 70% of the textile exports will be delivered to TPP member countries. Despite the annual growth rates of 15 to 20% the value adding in the country remained low. Imports of raw materials and accessories are high and totaled to USD 16.5 billion in 2015. 90% of the 5,028 textile factories in Vietnam (end of 2013) are apparel manufacturers, that mean sewing operations. By contrast there are just four cotton-processing and two synthetic fibers producing companies.

The sector is facing a challenge: TPP offers the free imports only if 55% of the value is provided in the member states. For the textile sector this is called the "Yarn Forward Rule", that means everything following the yarn. In Vietnam the proportion of the added value currently stands at 25%.

The text of the agreement is online available: (http://www.tpp.mfat.govt.nz/text). Chapter 4 deals with the textile and clothing sector and contains important annexes to the rules of origin. TPP is expected to attract investments into the country, as the value supply chain is incomplete: yarns and fabrics are mostly imported from East Asian countries.

Also the free trade agreement between the EU and Vietnam, agreed on August 4th 2015, should push the exchange of commodities. The share of the EU clothing imports from Vietnam is only 3%. Thus the country ranks as the sixth supplier. In the United States, Japan and South Korea Vietnam, however, is the second largest clothing supplier.

Following ratification of TPP an abolishment of 99% of all tariffs would follow.  Textiles from Vietnam would then be duty-free within a maximum period of seven years. For that TPP
defines clear rules of origin: (http://trade.ec.europa.eu/doclib/press/index.cfm?id=1437).

If investments would flow into the country and strengthen the supply chain, the value of clothing exports from Vietnam could be doubled until 2020 - so bold estimates.   Then the annual production of yarns should reach 2 million tons, the amount of fabrics 2 billion square meters and that of clothing 6 billion pieces. Following the Vietnam Textile and Apparel Association (VITAS)  the export value then should be between USD 45 to 50 billion. This requires new textile machinery. So far, mainly Chinese products were in demand, but also for German suppliers the opportunities emerge.

However, many sector representatives in Vietnam see TPP also critical, because by the agreement large new market participants could intensify competition. The small and medium companies are hardly competitive due to their outdated technology, lack of capital and low know-how. They demand government aid in the form of tax breaks and subsidies for land. The Bank for Investment and Development of Vietnam has already provided USD 2 billion for the support of the industry for the next five years.

Large investments are happening already now: The TAL Group from Hong Kong, one of the largest owner-managed apparel producers, has invested USD 600 million in factories in the Dai An Industry Zone in Hai Duong Province, especially for yarn dyeing and finishing. Haputex Development, which is also from Hong Kong, has built with up to USD 120 million in the province of Binh Duong on a twelve hectare site a Weaving mill which should go into operation 2016.  There also the South Korean company Kyungbang is building a spinning mill for USD 40 million. The Texhong Textile and Garment Group is building with USD 300 million a yarn factory in Quang Ninh. And in Nam Dinh the Yulun Jiangsu Textile Group, a state-owned company from China, is building with USD 68 million a factory for the manufacturing and dyeing of yarn.

Investments are mainly attracted by the regions Ninh Binh, Hue, Binh Duong and Ham Dinh, as well as the cost favorable  Mekong Delta. New target regions are at the borders with Laos and Cambodia, such as the area Tay Nguyen. As the largest Vietnamese group also Vinatex invests in new capacities and announces in convincing interviews to reach by 2020 a local added value part of 65% in final finished products. 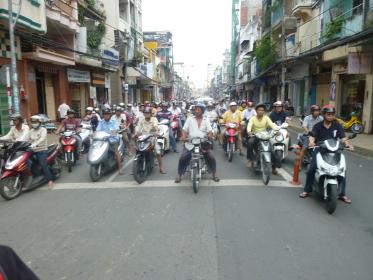 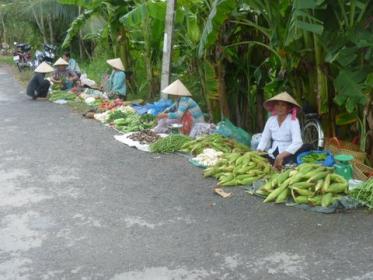 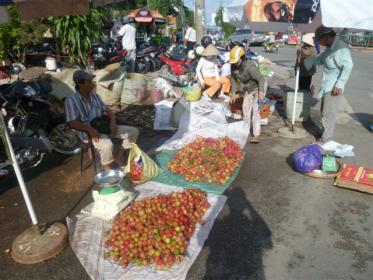 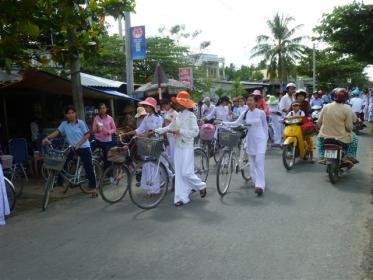 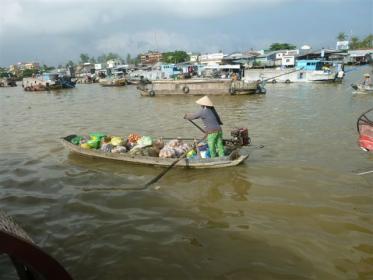 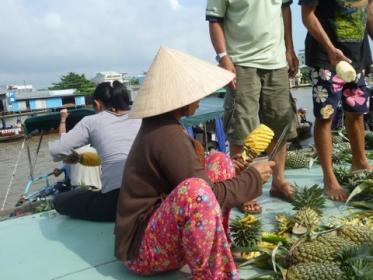