Turkey is an important market for German manufacturers of textile machinery. However, the textile and clothing industry has a problem: exports have been stagnating for years.

Turkey is an important market for German manufacturers of textile machinery. However, the textile and clothing industry has a problem: exports have been stagnating for years.

The Turkish textile industry is broadly based: Companies manufacture all intermediate products in the country, including yarns, fibers and fabrics. Production along the entire textile value chain means great sales potential for German suppliers of textile machinery. In fact, Turkey is the second most important export market for German spinning, weaving, textile finishing machines and the like after China, as it can be seen from the figures of the Federal Statistical Office Destatis.Nevertheless, the sector is not a growth market. Apart from a few outliers upwards and downwards, Turkish textile machinery imports have remained at the same level for several years. This is due to the fact that Turkish exports of textiles and clothing are also stagnating. Particularly noticeable: companies benefited only marginally from the weak lira last year.

Increasing pressure from the Far East
Turkish clothing manufacturers are increasingly feeling the effects of competition from the Far East. Despite the high number of informal workers, wages in Turkey have risen to such an extent that they cannot keep up with the low wages of Asian sewing factories. The geographical advantage of Turkish companies over Chinese competitors is at stake because of the new Silk Road and the development of faster transport routes. Free trade agreements that the European Union is currently negotiating with India and South Korea will further increase the pressure on Turkish producers.

Slump in 3rd quarter 2018
In addition, there is the difficult economic situation in the country: the Turkish lira reached a record low, especially in the months of August to October 2018, and commercial banks raised their lending rates. As a result, financing costs for machinery from abroad suddenly increased, orders from Turkey failed to materialize, especially in the third quarter. The German knitting machine manufacturer Mayer & Cie has also noticed this, as Stefan Bühler, who is responsible for the Turkish business, reports: "In the last three months of 2018, the market was virtually dead. In the meantime, however, the industry is gradually recovering.

Akar Textile plans new factory
Announcements about new investments cannot yet be heard at this time. As early as June 2018, Akar Textile (http://www.akartextile.com) announced that it would build a new factory for 47 million Turkish lira (TL) in the municipality of Savur in southeastern Turkey. 3,000 employees are there to become employed. Akar Textile produces for companies such as C&A, Mango and H&M. Only a few months after the announcement of the project, the economic crisis in Turkey deepened in September. The extent to which the turbulence has affected the project implementation is not known.

Technical textiles as a driving force for growth
Far Eastern competition is increasing the pressure to modernize the Turkish textile industry. In the future, industry will have to compete primarily with high-quality products. Growth impulses are currently coming from the sector of technical textiles. According to industry reports, more than 200 small and medium-sized enterprises are already producing technical textiles and nonwovens in Turkey. These textiles and fabrics are being used in the automotive, packaging and cosmetics industries.

In June 2018, the Turkish METYX Group (http://www.metyx.com) invested in its machinery parc. The company is manufacturing technical textiles and has ordered a line of warp knitting machines from the German textile machine manufacturer Karl Mayer. The manufacturer of composite materials is thus increasing its capacity by 12,000 tons of glass and carbon fibers. In recent years, more and more research and development centers have emerged to promote the necessary technology transfer in the industry. The Institute for Technical Textiles at RWTH Aachen University (ITA) founded a research center in Istanbul in October 2016. In the Teknosab industrial zone in Bursa the BUTEKOM research and development center for textile technology was established in 2008. The institute offers training as well as research and development cooperation to and with companies.

However, many medium-sized textile companies often lack the money to invest in modern machinery. The short planning horizon makes an access to research and development more difficult. As a member of the management board of the German-Turkish Chamber of Industry and Commerce, Frank Kaiser has been observing the Turkish business landscape for eight years. He points out that the textile manufacturers, like other medium-sized companies in the country too, often plan in short terms. "In view of the volatile business environment, this is rational," Kaiser explains.

1) the slump in the 3rd quarter is not yet visible in the annual figures for 2018; it will not become noticeable until 2019
Sources: UN-Comtrade, TurkStat 2), Bundesbank 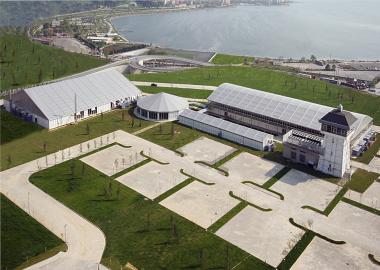 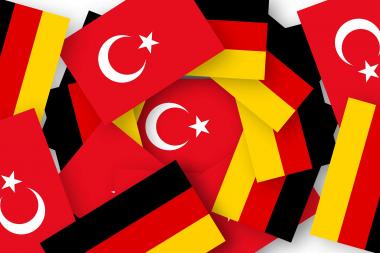 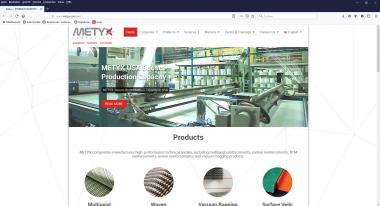 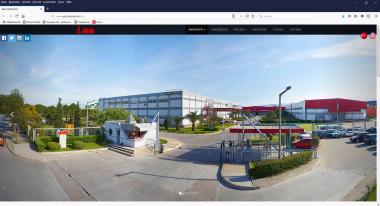