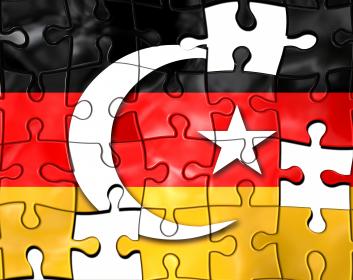 Bonn (GTAI) - Thanks to the constantly good economic situation, the Germans are in best consumer mood. Turkish retailers also want to benefit from this and are expanding their store network in Germany. However, in order to be successful in the country, they have to respect a lot. Turkish investments in production facilities are seldom in Germany. However -the location offers a decisive advantage to the companies.

Bonn (GTAI) - Thanks to the constantly good economic situation, the Germans are in best consumer mood. Turkish retailers also want to benefit from this and are expanding their store network in Germany. However, in order to be successful in the country, they have to respect a lot. Turkish investments in production facilities are seldom in Germany. However -the location offers a decisive advantage to the companies.

Modern furnished industrial lofts characterize the picture of the Düsseldorf Schwanenhöfe. Scenery restaurants, studios and companies have recently established themselves on the former chemical site in the district of Flingern. Since September 2017, the Turkish glass manufacturer Pasabahce became represented here with a showroom. On nearly 300 square meters expensive wine glasses, carafes and numerous other glass products are exhibited. After New York, Madrid, Milan, Shanghai and Moscow, it is the sixth outlet outside Turkey for the Istanbul company. Pasabahce is part of the Sisecam Group and one of the largest glass producers in the world.

Most Turkish investors come from the clothing industry
Turkish companies are currently focusing on the consumer goods market in Germany and are opening up business like Pasabahce. The investment focus is on the apparel market. Of the 211 projects by Turkish companies listed the Financial Times fDi-intelligence database between 2003 and 2017, every fifth is assigned to the textile and clothing industry. Another 11 percent comes from areas such as the furniture or cosmetics industry. For most traders, the local Turkish community does not play a major role as a target group. The Turkish companies are competing with other international brands in the German market for a broad western consumer group.

Turkish fashion houses are expanding
This includes the newcomer Yargici, which opened  four stores in top location throughout Germany in 2017. It was the first foreign engagement of the Istanbul clothing company. "In this and the coming years, more branches will be added, after all, we did not come to Germany to open just a few stores only", Germany boss Erik Schaap explains confidently.

The Turkish fashion company Sarar has been present here for over 17 years. In the year 2000 it opened its first branch on the Düsseldorf Königsallee. Since then, the company has invested about EUR 15 million in the country and opened eight boutiques. Sarar also wants to continue growing and is planning to reach 20 stores by 2020. However, Turkish retailers in Germany do not find it easy, as Sarar Europe GmbH marketing manager Salim Ünyeli admits: "The competition is very strong due to the ubiquity of Zara, H & M and Co. Most consumers do not know Turkish labels and prefer for the same price known Western brands."
"The tensions between Germany and Turkey have damaged our business, and potential customers are deterred from buying from a Turkish company." (Marketing Manager Salim Üniyeli of Sarar Europe GmbH.

Who thinks Turkish, fails
Turkey expert Suat Bakir knows the typical pitfalls for Turkish companies looking to start a business in Germany. Bakir is the capital representative of the German-Turkish Trade Association (DTW) and was previously managing director of the Turkish-German Chamber of Commerce and Industry for seven years. "Many fail because they do not spend money on professional advice and ask a Turkish acquaintance for advice instead," Bakir said. Gastronomy and clothing chain in particular have a high fluctuation rate, because it is particularly important in these segments to find and use the right location and a suitable marketing. "Anyone who thinks in Germany like a Turk and does not adapt its products to German consumer taste will not succeed on the long term," Bakir says. Because of the strained relations between the two countries, he advises against introducing a Turkish brand on the German market right now: "The German tourist, who is currently avoiding Turkey, will probably not buy from a Turkish company."

Deutsche Bogenn opens factory
Although only very few Turkish companies have invested in production facilities in Germany so far, Suat Bakir recognizes potential in this area. Turkish companies could adopt the positively occupied brand made in Germany, if they would manufacture in the country. The most recent example is the company Deutsche Bogenn, which opened a new plant for plastic pipes last year on Rügen. Behind the extra German sounding name the Turkish Dizayn Group is hided. From its new location, the company wants to produce pipes for various infrastructure projects with 100 employees and sell them worldwide.

Low investment volume
Turkey so far has played a minor role as an investor in Germany - despite the many bilateral relations. Turkish companies have invested just EUR 1.8 billion in the Federal Republic. According to Suat Bakir a key reason is the low level of internationalization of Turkish companies. Another obstacle are the visa restrictions for Turkish business people. The DTW estimates that so far 1,300 companies of Turkish origin have settled in Germany, one in three in North Rhine-Westphalia alone. That is a merit of a committed location marketing. Suat Bakir recommends that all federal states should exploit the interest of Turkish companies and promote their state more in Turkey. Mecklenburg-Vorpommern has already recorded a recent success with the establishment of Deutsche Bogenn on Rügen. 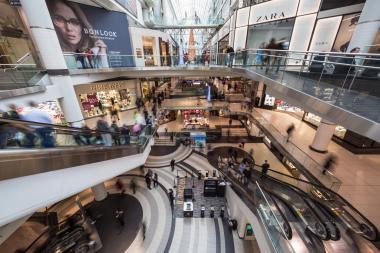 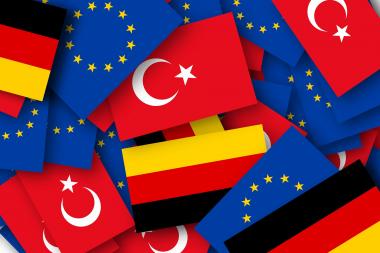