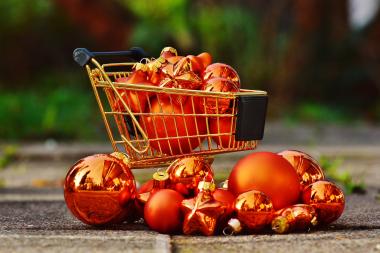 Berlin (GTAI) - E-commerce in the Netherlands is expected to grow in 2018. The most popular products are media and entertainment. Strong growth was recorded in the food trade.
The Dutch online food trade is gaining momentum, and high growth rates are expected for 2018. Customers also look beyond the borders and shop abroad. However, the online shops with the highest turnover are in Dutch hands.

Berlin (GTAI) - E-commerce in the Netherlands is expected to grow in 2018. The most popular products are media and entertainment. Strong growth was recorded in the food trade.
The Dutch online food trade is gaining momentum, and high growth rates are expected for 2018. Customers also look beyond the borders and shop abroad. However, the online shops with the highest turnover are in Dutch hands.

Dutch people are very open to new technologies. In 2018, around 97 percent of the population (16.8 million people) will have an Internet connection. On average, the 13.9 million online shoppers spend EUR 1,242 a year. In 2018, e-commerce revenue will grow by around 17 percent to EUR 26.3 billion. This is predicted by an investigation of the organization Thuiswinkel. Already in the first quarter of 2018, EUR 6.3 billion were spent online, an increase of 13 percent compared to the same quarter of the previous year. The last quarter of a year with the holidays (Christmas, Santa Claus and Black Friday), in which 30 percent of the annual sales are taken place, is always very promising.

According to the Portal Commercenews online trading amounted to EUR 22.5 billion in 2017, up 13 percent from 2016, accounting for 9.7 percent of the total retail sales, which grew by only 4.2 percent. The e-commerce boom was followed by new company foundations: around 9,200 new webshops were established, but 5,400 were closed too. Most of these webshops also have foreign markets in their view.

Laptops are most commonly used for online purchases, but mobile devices are becoming increasingly popular. 2017 was marked by growing mobile commerce (m-commerce), a further increase is expected in 2018. After all, the country has more mobile devices than inhabitants (110 percent).

Not only the web shops benefit from the booming e-commerce. The Dutch Post is also pleased about the growth. Their e-commerce revenue is estimated at 42 percent of total revenue in 2018 (2017: 34 percent).

Food is bought more frequently online
Demand is focused on the media and entertainment sectors, where some 8.5 million purchases were made in the first three months of 2018. Food and near-food products (goods that are not food but are also available in supermarkets) were in demand in the first quarter of 2018, 42 percent more than in the same period of last year. Although their share of total purchases is still low, experts are already forecasting 3.7 percent in 2018 after 2.9 percent in 2017, when the sales exceeded EUR 1 billion for the first time. The purchases were mainly made at the large Albert Heijn and Jumbo supermarkets. The third important market Picnic, which only operates online, wants to expand into Germany and has already started a pilot project in the Düsseldorf area.

The Albert Heijn supermarket is about to make it even easier for its customers, to receive goods even when they are not at home. It is testing a so-called intelligent key (smart door lock) from Nuki. Customers can use their mobile phones to control who enters the apartment in their absence. By this this way he can let the delivery service in after his call..

Buyers are usually satisfied with their online purchases. Nevertheless, they fear that the goods are not clearly enough illustrated and described, as well as difficulties in returning them and their costs. Web shops can score points if they offer free shipping and fair return options.

The thrifty Dutch also compare when buying on the Internet. According to Ecommerce Foundation, 60 percent look around at multiple merchants before deciding, 53 percent use websites that compare prices or products, half consider other users' reviews on the web and only 8 percent buy spontaneously based on advertising or social media ads (multiple answers possible).

Dutch spend more and more abroad
Around 3.8 million Dutch people bought from foreign webshops in 2017, spending rose by 28 percent compared to the previous year. In 2017, they spent around EUR 1.5 billion on webshops in the European Union. Also Chinese sites with favorable offers are popular. Around EUR 248 million were invested in shops such as Aliexpress, Banggood, Dealextreme, Geekbuying, Gearbest, MiniIn TheBox. The most popular countries were China, the United Kingdom, Germany and the USA.

The most popular payment provider on the Internet is iDEAL. Around 95 percent of customers use the Dutch online payment system, in which several local banks are involved. Its market share is an impressive 57 percent. In 2017, the number of transactions via iDEAL grew by almost 34 percent. Foreign webshops have also joined the system: About one third of the payments went to them.

Many Dutch retailers among top online shops
Many of the most successful online retailers are Dutch companies. Bol, the local online seller with the highest turnover, was able to grow because large e-traders such as eBay or Amazon were not yet present in the Netherlands. Bol developed from a project of the German Bertelsmann Group with a focus on books and DVDs, but is now in Dutch hands and has considerably expanded its offering to other product groups. In 2012 Bol was acquired by the Ahold Group.

The Rotterdam-based company Coolblue launched an online store in 2000. Subsequently, several web shops were opened, each focusing on one product category. A stationary business was added in 2005. Coolblue today sells mainly consumer electronics, white goods and fitness equipment and is the second largest online retailer. The company is known for its excellent customer service.

Wehkamp began as a mail order company in 1952 and sold all articles via its Internet platform before 2000. The Internet pioneer has developed slowly, but has recently invested heavily in order to survive in the Dutch top league. 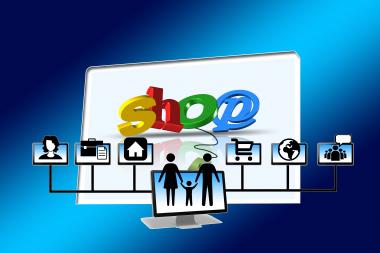