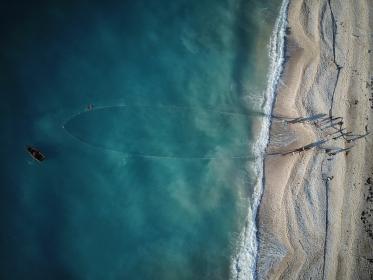 Cheap and used technology dominates at the Dominican market for textile machinery. It is some of the country's problems that give German suppliers some hope.

The good news is that in the first eleven months of 2018 German exports of textile and clothing machinery to the Dominican Republic rose by 580 percent year-on-year, and, according to Eurostat, by 2017 German deliveries had tripled. The bad news: German sector exports reached only EUR 1.7 million in absolute terms. This is considerably less than, for example, in Guatemala with its not much larger technology market.

Cheap and used technology dominates at the Dominican market for textile machinery. It is some of the country's problems that give German suppliers some hope.

The good news is that in the first eleven months of 2018 German exports of textile and clothing machinery to the Dominican Republic rose by 580 percent year-on-year, and, according to Eurostat, by 2017 German deliveries had tripled. The bad news: German sector exports reached only EUR 1.7 million in absolute terms. This is considerably less than, for example, in Guatemala with its not much larger technology market.

Representatives of German providers are not surprised about the figures. Cheap equipment from China and other Asian countries are in demand, but above all mainly used machines. Hugo Clavijo of Texquim, who represents the German suppliers Mayer & Cie. (circular knitting machines) and Groz-Beckert (needles), among others in the Dominican Republic, estimates, that just five out of every hundred machines sold are new. Around the turn of the millennium, the market thus became the residual ramp for the declining US textile industry. According to UN Comtrade, around 60 percent of the value of technology deliveries in recent years came from the USA.

The International Textile Manufacturers Federation also registered hardly any shipments of new machines: for 2010 to 2017, the ITMF shows just ten flat knitting machines and eleven (all in 2017) circular knitting machines. Also, for this period 720 Double Heaters for texturing synthetic filaments for yarn production were listed. The ITMF counts the deliveries of 200 textile machinery manufacturers worldwide and thus a large part of the market, albeit not the entire one.

Electricity and water bottlenecks as arguments for expensive machines
Hugo Clavijo currently sees no great chance of a rapid improvement in the sale of expensive German technology. But ironically, it is some of the country's problems that may transform the potential customer interest into concrete procurements: The energy supply for the textile companies is expensive and unreliable, and the companies have to treat their process water themselves. Economical and less repair-prone machines would come into a closer consideration even if the purchase prices were significantly higher. It would also be helpful to enforce environmental standards, which today are largely on paper only.

There is also a need for technology if the Dominican textile and clothing manufacturers expand their capacities due to possible changes in international trade policy, i.e. if clothing customers in the USA would place orders in the Caribbean country instead of Asia. At the moment, however, the Dominican export industry is not using its factories to capacity.

The Dominican textile and clothing industry, which, according to the central bank, generated 11 percent of the country's total export revenues with clothing from free zones in 2017, is not fully vertically integrated: it mainly imports yarns, which then is mainly being knitted but also woven or otherwise processed and then assembled into finished clothing. It often produces T-shirts and other knitwear with a high cotton content. And this is "the cheap stuff," as Clavijo says.

There is a limited production of synthetic yarn in the Dominican Republic which, according to Hugo Clavijo, is limited to two companies: The Korean company Youm Kwang textures filaments in the country, while the US company A&E (American & Efird) produces sewing thread from imported filaments.

Four export producers as important technology customers
The Dominican textile sector is said to consist of about two equal segments. A dozen medium-sized companies and a large number of garage companies supply the domestic market. In addition, four companies produce for export in the country's free zones: Gildan (Canada), Hanes (USA), Willbes (Korea) and the local Grupo M, which has been working in a 50/50 joint venture with Brandix from Sri Lanka since the beginning of 2017. The procurement of machines in foreign companies is not decided by the local management, but by the corporate headquarters, according to representatives.

The four export producers are said to be vertically integrated from yarn processing onwards. Grupo M supplies about one fifth of its fabrics, knitwear, etc. to processors, while the other three industry giants manufacture these preliminary products completely by themselves. According to Comtrade (SITC chapter 84), three quarters of the clothing exports go to the USA, the remainder predominantly to the neighboring Haiti.

For US clothing customers, the nearby Dominican Republic offers fast and cheap transport routes as well as the advantageous customs regime of the DR-CAFTA trade agreement. According to Hugo Clavijo, however, Dominican clothing exporters must obtain their intermediate products from the USA in order to benefit from all customs relief. Producers for the Dominican domestic market, on the other hand, are using yarns and fabrics from China, Pakistan or other third countries that offer lower production costs.

USA dominate machine deliveries
The Dominican market for textile and clothing machinery has stagnated in recent years: For 2017, UN Comtrade estimated imports - there is no significant domestic production - at USD 36 million. That was as much as 2014 and around USD 10 million more than around 2010.

According to Comtrade, Germany was ranked sixth in the import ranking with an average share of 2.0 percent between 2015 and 2017. Eurostat, whose (export) data deviate considerably in some cases, noted stagnating industry deliveries from the European Union to the Dominican Republic for the first eleven months of 2018 in addition to the high growth for Made in Germany. 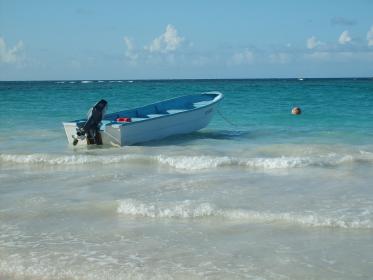 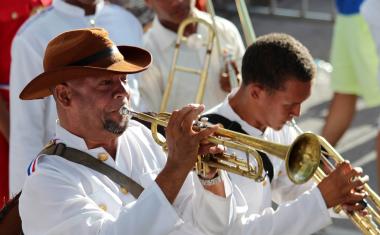 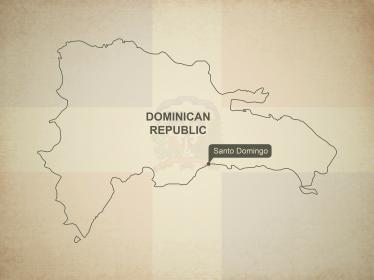 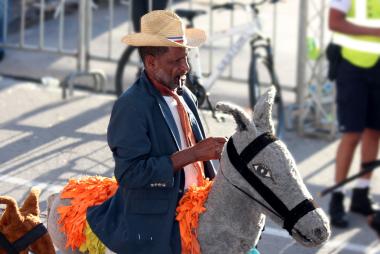 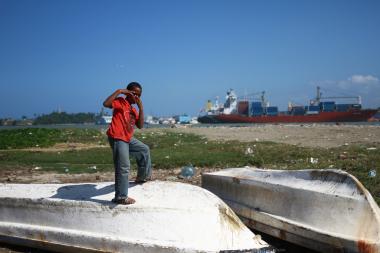