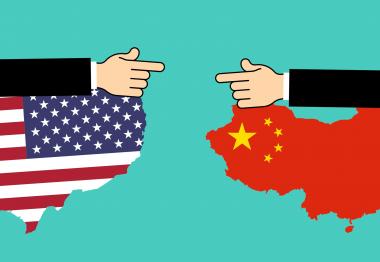 China's textile and clothing industry is modernizing. High-quality textile machines are in demand. But because of the trade dispute with the USA, investments are also postponed.

How the trade dispute between the USA and China affects its business is currently being discussed by China's textile and apparel manufacturers - and in particular by the companies located in the high-quality sector: Of the approximately USD 119 billion, that they sold abroad in 2018, about two thirds went to the United States.

China's textile and clothing industry is modernizing. High-quality textile machines are in demand. But because of the trade dispute with the USA, investments are also postponed.

How the trade dispute between the USA and China affects its business is currently being discussed by China's textile and apparel manufacturers - and in particular by the companies located in the high-quality sector: Of the approximately USD 119 billion, that they sold abroad in 2018, about two thirds went to the United States.

According to the American Apparel & Footwear Association (AAFA), 41 percent of the clothing sold in the USA, 72 percent of the shoes and 84 percent of the accessories come from China. On the other hand, the producers of intermediate products or textiles are less or hardly affected by the punitive tariffs, because here the dependence on the USA is not quite as great. Apparel manufacturers in Vietnam and Bangladesh, for example, generally are also buying in China.

Following previous punitive tariffs on Chinese imported goods, in September 2018 the USA imposed a 10 percent punitive tariff on a wide range of other Chinese imported goods, including goods from the textile and clothing industry. On January 1. 2019, the tariffs should originally be raised to 25 percent, but at the beginning of December 2018 US President Trump and China's President Xi agreed not to increase the tariffs until March 1st 2019.

Companies are reluctant to invest
It is hardly possible to make predictions about the outcome of the conflict. In view of the uncertainty, many of the companies affected are therefore waiting for the time being. German textile machine manufacturers are also feeling the effects of this, whether due to lower demand for machines from Germany or locally. According to a representative of the German Engineering Federation (VDMA) in Beijing, many investments have been stopped.

But apart from the upheavals, the modernization process of the Chinese textile and clothing industry is far from complete. Gone are the days when the numerous street markets in China were flooded with cheap clothes. They're hard to find these days. Their manufacturers either had to modernize or have since disappeared from the market.

Number of Chinese textile and clothing companies down sharply
China's textile and clothing industry has been through tough years of consolidation and modernization. In fact, between 2013 and 2017 alone, the number of predominantly private-sector companies in the sector fell by almost 11 percent to around 33,500.

Chinese customers don't want any more junk - and can usually afford better. According to the Chinese National Bureau of Statistics (NBS), they spent about RMB 1,371 billion; equivalent to about USD 207 billion; (1 USD = about 6.6114 RMB, annual mean rate 2018) on clothing and shoes in 2018. This is 8 percent more than in the previous year.

Rising personnel costs force automation
On the one hand, consumer demand has grown and led companies to invest in better machines, on the other hand, the constant pressure on personnel costs has forced them to automate their processes. Between 2010 and 2017, the number of employees in the sector fell from 10.9 million to 7.8 million.

Many have tried (and are trying) to escape the pressure by relocating their companies - for example to the interior of the country, where the wages are lower, or to cheaper foreign countries. However, the great migration movement did not take place, as most of them see themselves too strongly interwoven with their suppliers. Some are also skeptical about the move to the West, arguing that it would only be a temporary solution - and that sooner or later the wages there would follow.

Traditionally, the industry has concentrated on the provinces of Guangdong, Fujian, Zhejiang and Shandong. There, the average gross monthly wages of urban workers rose between 2013 and 2017 (latest available figures) by between 38.9 per cent (Fujian) and 48.5 per cent (Guangdong) - with significantly lower inflation rates.

*) only companies with an annual turnover of more than RMB 20 million are included.
Source: National Bureau of Statistics (NBS)

Both are good news for German textile machinery manufacturers, according to VDMA estimates. As a result, the market for high-tech machines is expanding and the resulting demand is still far from being met by local production. China imported USD 4.2 billion worth of textile machinery in 2018, an increase of 6.7 percent over the previous year. A further customer potential arises from the growing importance of technical textiles.

According to Chinese customs statistics, German suppliers supplied textile machinery worth USD 1.1 billion to China in 2017 (latest available data) - a whopping 28.3 percent more than in the previous year. Despite this success, however, they had to cede their previous leading position as the main supplier country to Japan. However, this statistic shows only one side of the medal. Almost all well-known manufacturers are now represented in China with their own production facilities - and no figures are available about their activities.

Already today there are manufacturers with ambitious plans in environmental protection. One of them is the Dongrong Group. Based in Chifeng, Inner Mongolia, the Cashmere company has been selected by the government of the Autonomous Region, together with a dairy company, as a model company for environmental protection. This included President and owner Cheng Xudong having his company - by the way inspired by the German Pavilion at the World Expo in Shanghai 2008 - sealed energetically (albeit not with materials "Made in Germany").

The next big step will be the purification of the company's own waste water. "Cheng describes his goal as follows: "Fish, suitable for consumption in our canteen, should be able to swim in it. The company is already now growing vegetables for the canteen itself. In his efforts it is financially supported by the state. But certainly not all entrepreneurs are so ambitious.

And there is still an old Chinese saying for many companies: "The sky is high - and the emperor is far away". In other words, what the central government decides in Beijing does not necessarily have to be implemented in the huge hinterland. But all these efforts show in which direction the journey goes. 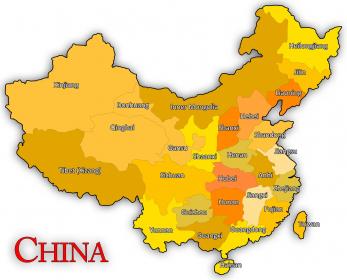 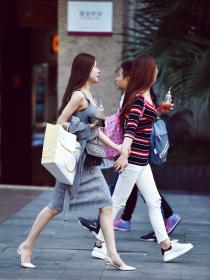 Image by XIESHOUTIANYA on Pixabay