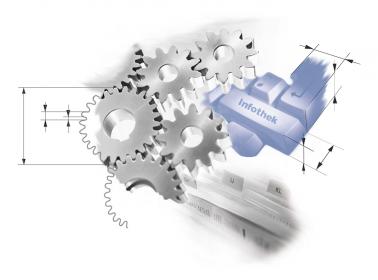 Beijing (GTAI) - China, the largest apparel export apparel nation, is losing international market share due to rising personnel costs. The companies react with increased automation and production dis-placements. While imports of textile machines from Japan are gro-wing, deliveries from Germany are falling above average. The next wave of modernization will involve more digitization.

Beijing (GTAI) - China, the largest apparel export apparel nation, is losing international market share due to rising personnel costs. The companies react with increased automation and production dis-placements. While imports of textile machines from Japan are gro-wing, deliveries from Germany are falling above average. The next wave of modernization will involve more digitization.

Internationally, the PRC is by far the largest exportation nation of clothing. According to UN Comtrade after decades of ascent the peak seems to have crossed in 2014 with a record share of global clothing exports of 39.3%. Since then things are developing slowly but continuously downwards. In 2016, the Chinese share was estimated to be 37.1% (compared to 3.8% in Germany).  China loses market shares particular in favor of ASEAN countries such as Vietnam, Bangladesh or India.

1) from 2014 estimation of world export; 2) based on information provided by partner countries; Source: UN Comtrade

In fact, the Chinese textile industry is under considerable pressure because of the increase in personnel expenses. According to a Euromonitor study, the hourly wages of Chinese workers tripled between 2005 and 2016 from USD 1.20 to USD 3.60. Thus the People's Republic not only left classic emerging countries like Thailand ( USD 2.20 ) or Mexico (USD 2.20) behind  - not to mention USD 0.70 in India - but is already approaching individual European countries like Portugal (USD 4,50).

Many companies face the challenge by greater automation. The Chinese textile companies can increasingly rely on textile machinery made in the country itself. While in 2016, according to official statistics, investments in the sector rose by 8.5% year on year to Yuan 1,142.4 billion (RMB, around USD 172 billion, 1 USD =6.642 RMB, annual average price in 2016), imports of textile machinery fell by 12.5% to USD 2.8 billion. However, there are no statistics on the extent to which sales are distributed by purely local companies or to those with a foreign background.

The fact is that, for example, German textile machine manufacturers have invested heavily locally in recent years in order for being able to meet the needs of their local customers. Against this backdrop, Germany was still able to defend its top spot with an import share of 29.5% against Japan in 2016, but had to cope with a strong minus of 30.6%, while the Japanese increased by 5.8%. Italy, ranked third and the most important Europe an competitor recorded a drop of 16.1%.

In the current year 2017, however, the Japanese seem to take the rank of the competitor Germany with an increase of 51% in the first four months. The overall textile machinery import grew by a strong 19.7% after the weak previous year before. Import from Germany however did not benefit from this and fell by 8.9%. As a result the German share of machinery supply decreased from 29.5% (2016 as a whole) to 25.0% in the first four months of 2017, while Japanese companies increased their share from 26.9% to 31.9%.

Many Chinese textile companies are also thinking about a dislocation production - either to cheaper foreign countries or to the more favorable Chinese hinterland. In 2016, the Autonomous Region of Xinjiang became the main destination for new settlements in the western part of the People's Republic. On average, two new textile factories were opened every day in Xinjiang.

The regional textile industry office in Xinjiang is expecting an even greater run for 2017, thanks to massive political and financial support. Many jobs however are not created there. On-site visitors report about state-of-the-art facilities operated by only a few specialists. The political message is clear: Chinese textile production should remain in the country, be of a higher quality and, if necessary, be reoriented in the direction of technical textiles.However, at least private fashion manufacturers are skeptical about whether the politically favored "Go-West" actually pays for them. Because there too, wages are likely to rise sooner or later, according to the justified Apprehension.

The fact that Vietnam, Bangladesh, South Korea and Cambodia have entered the league of important PRC purchasing countries within a few years is a result not least of the fact that Chinese (and other) manufacturers already have dislocated production capacities. They return their products from there for sale to China.Nevertheless, the very large displacement wave so far has not yet happened. In fact, certain limits are imposed on the shift, since the target countries often encounter their capacity limits. Added to this is the extraordinary advantageous network of the various production stages in China: from cotton harvesting to textile processing and final finishing.

Future theme digitization As part of the country-wide "Made in China 2025" strategy, the textile industry is trying to exploit the many and new opened possibilities of digitization. In view of the increasing individualization of consumption, more machines will probably be required in the future, which are, for example, able to knit sweaters according to the size, color and pattern of the individual customer. In principle, intelligent networking of production, real shops and e-commerce are seen as the challenge of the future. 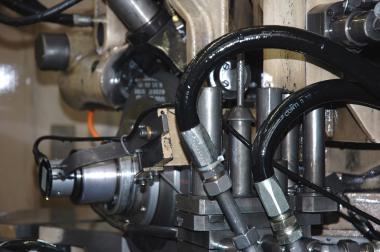 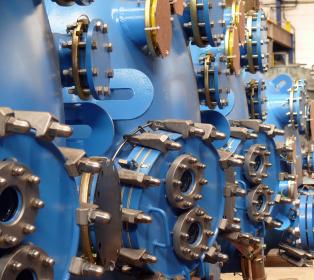 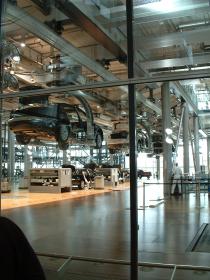 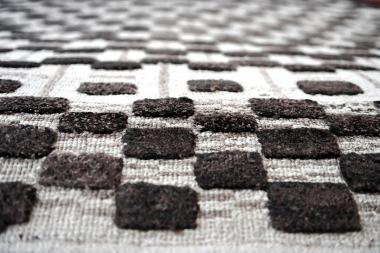 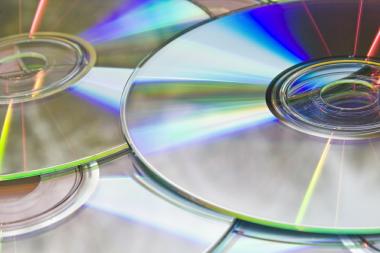 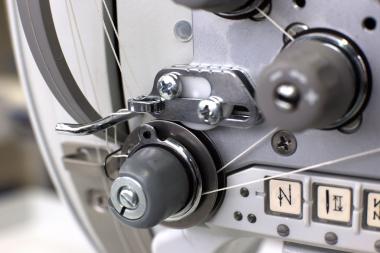