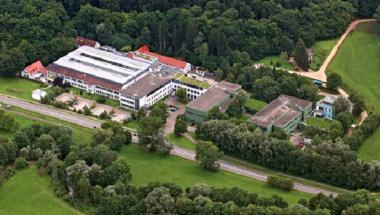 In 1921, the cornerstone was laid in Reutlingen/Germany, with the foundation of the German Research Institute for the Textile Industry for the German Institutes of Textile and Fiber Research Denkendorf (DITF), Denkendorf/Germany, which today is the largest textile research center in Europe.
100 year ago, the new institution quickly met its goal of supporting the domestic industry with independent research. With the technical center as a teaching institute, the testing office as a service provider and the research institute as a source of ideas, the Reutlingen institute made a significant contribution to the economic success of the German textile industry in the following decades. Over the years, further locations were established in Stuttgart/Germany, and Denkendorf, which merged in Denkendorf in 1979 to become the German Institutes of Textile and Fiber Research.
Today, the DITF conduct research on the entire textile value chain, including corporate processes and business models. The DITF work on an interdisciplinary basis: chemists, biologists, mechanical engineers, process engineers, cyberneticists, computer scientists and economists collaborate in researching all textile topics of the future. They are involved in regional, national and international networks. Today, the DITF are the innovation engine of the German economy, especially for technical textiles and medical textiles.
With its innovations, the DITF primarily support small and medium-sized enterprises that do not have their own research department. Specialized events, often in cooperation with other institutes, ensure knowledge transfer to various industries. Service offerings such as a wide range of textile testing services, prototype construction and a pilot factory complement the DITF's range of services. In 2001, the subsidiary ITV Denkendorf Produktservice GmbH (ITVP) is founded, which successfully manufactures medical precursors for industrial partners.
For research on an industrial scale, the DITF is continuously expanding its pilot plants. In 2014, for example, the High-Performance Fiber Center (HPFC) was built, one of the world's most modern facilities for the development of high-performance fibers. 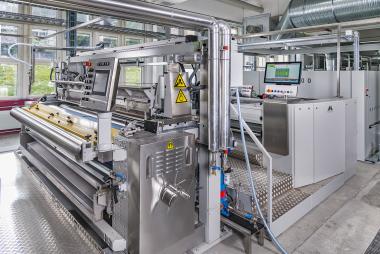 Flexibility, product uniformity and automation are the keys to success for coating businesses in today’s rapidly-changing technical textiles industry. The MontexCoat magnetic roller coating option of the manufacturer of textile machinery A. Monforts Textilmaschinen GmbH & Co. KG, Mönchengladbach/Germany, allows a wide range of coatings and finishes to be carried out, while being easy to handle and to clean at the end of the process.
The magnetic roller system has a range of options due to the fully-adjustable positioning of the magnet within the roller and with 4 different magnet positions possible. It can be set to operate both as a direct coating system and as an indirect coater.
With traditional dip coating systems, as well as with many standard knife coating technologies, there is always a difference in the tension between the center and the edges of the wide width fabrics being treated. With the use of a magnetic roller, equal pressure is applied across the full width of the fabric, with consistent results even at wide widths of over 2.4 m. In addition, adjusting the roller surface, rather than changing the coating formulation to match the required add-on and viscosity for each coating effect required, leads to much higher output from the line.
The accuracy that is now being demanded by today’s most exacting customers is met with an optional carbon fiber roller – especially in dealing with the winding tension required in the processing of materials such as prepregs for composites and other heavyweight fabrics. Applications for the MontexCoat include the finishing of tents and awnings, black-out roller blinds and sail cloth, automotive interior fabrics and medical disposables. Full PVC coatings, pigment dyeing or minimal application surface and low penetration treatments can all be accommodated. 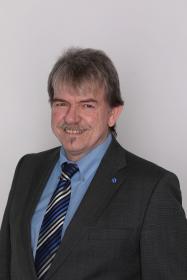 Prof. Dr. Robert Groten, Professor of Technical Textiles at Niederrhein University of Applied Sciences (HSNR), Mönchengladbach/Germany, is since September 2020 also “Adjunct Full Professor of North Carolina State University and the Department of Textile Engineering, Chemistry and Science in the Wilson College of Textiles”.
Prof. Groten and Prof. Dr. Behnam Pourdeyhimi, founder of the Nonwovens Center at North Carolina State University (NCSU), Raleigh, NC/USA, which later became The Nonwovens Institute (NWI), Raleigh, have known each other for more than 20 years. Pourdeyhimi proposed Groten, who had been on NCSU's Industrial Academic Advisory Board (IAB) for several years, to NCSU as an adjunct professor.
Among other things, Pourdeyhimi developed microfilament nonwovens based on islands-in-the-sea at NCSU. Groten is working at Freudenberg SE, Weinheim/Germany, on the development of microfilament nonwovens based on segmented filaments with a pie geometry. Both share the goal of one day being able to produce high-quality, durable clothing from microfilament nonwovens.
In 2019, the first HSNR student did her research internship and Master’s thesis at the NWI on “Production of comfortable, decorative, light and durable garment out of bicomponent-fiber nonwovens”. Another HSNR student is currently doing an internship and his Master’s thesis on the topic of efficiency of mouth-nose protection masks at NCSU.
The work will be rounded off by a joint publication in the Journal of Science and Medicine. 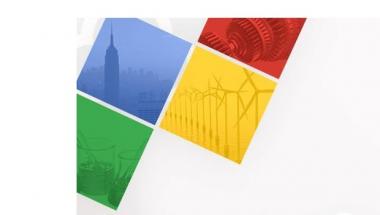 The analysis in the latest Technical Textile Market research report from the market research company Research and Markets Ltd., Dublin/Ireland, offers an in-depth insight into the market until 2025.
The report shows that the market size of technical textile was US$171.60 billion in 2019 and is projected to reach $222.33 billion, by 2025. Factors such as improving economic condition of countries, technology advancement, and increasing end-use applications are expected to drive the technical textile market in the future. Increasing demand for end-use industries such as healthcare, construction, clothing, packaging, sportswear, and sports equipment, automotive, environmental protection, and other such areas is expected to drive the overall technical textiles market growth from 2020 to 2025.
The market study covers the technical textile market across various segments. It aims at estimating the market size and the growth potential of this market across different segments based on material, technology, application, and region. The study also includes an in-depth competitive analysis of key players in the market, along with their company profiles, key observations related to their products and business offerings, recent developments undertaken by them, and key growth strategies adopted by them to enhance their position in the technical textile market.
For further information: www.researchandmarkets.com