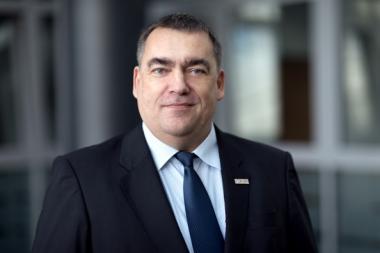 The election of the chairman, the vice-chairman and the treasurer took place at the general meeting of the Association of Man-Made Fibres e.V. (IVC), Frankfurt/Germany, on July 24, 2020. Stefan Braun of Dralon GmbH, Dormagen, was no longer available for this election after 2 terms of office as IVC chairman.
Klaus Holz (photo) of Trevira GmbH, Bobingen/Germany, was elected as the new chairman, having previously been deputy chairman. Wolfram Daubek-Puza from Lenzing AG, Lenzing/Austria, was elected as deputy chairman. The previous treasurer of the IVC, Dr. Till Boldt of Enka International GmbH & Co. KG, Wuppertal, was confirmed in his office by re-election.