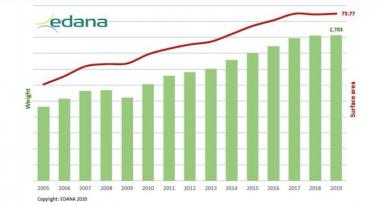 Edana: 4.4% growth of European nonwovens production during the last 10 years

In 2019 the production of nonwovens in Europe increased by 1.5% and reached 2.8 million tons, according to figures released in the European annual statistic report for 2019 by the international association serving the nonwovens and related industries, Edana, Brussels/Belgium. Despite the 2 low growth years 2018 and 2019, European production recorded an average growth rate of 4.4% over the last decade.
In Greater Europe nonwovens production in 2019 was flat in both weight (+0.3%) and in surface area (+0.5%) compared with 2018. This might be a result of the recent economic conditions and the downturn in several end-use sectors.
The main end-use for nonwovens still is the hygiene market with a 29% share of deliveries, amounting to 793,000 tons and a growth of 1.5% in 2019. The most significant increases were in table linen (+12.3%) and electronic materials (+6.8%). In contrast, several important sectors showed limited or negative growth rates in terms of volumes sold. These include personal care wipes (+1.6%), building/roofing (-0.3%), civil engineering (-1.5%) and automotive interiors (-2.5%). Additionally, major declines were noticed in medical applications, garments, interlinings and wall coverings.
Regarding bonding processes for nonwovens, hydroentanglement has recorded the highest growth rate in 2019, at slightly more than 5.5%. Spunmelt nonwovens production recorded a growth of 0.6% compared to 2018. However, other bonding processes within the drylaid technologies as well as wetlaid nonwovens witnessed either flat or negative growth rates. These include thermally, air-through, chemically bonded and needled punched methods of bonding. 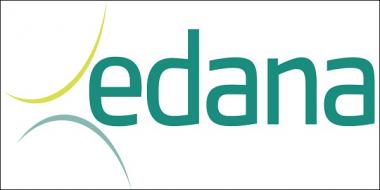 The international association serving the nonwovens and related industries, Edana, Brussels/Belgium, is working closely with the European Commission, the nonwovens supply chain and other players, in order to find solutions to the provision of essential medical and protective equipment.
In cooperation with the European trade association for the medical technology industry including diagnostics MedTech, Brussels/Belgium, Edana is mapping the capacities of meltblown nonwovens in Europe. Focus lies on capacities being or able to be additionally supplied to masks converters. The supply of these resources in the EU is heavily depends on third countries, in particular from Asia. Edana therefore concludes that an European export ban or restriction on medical face masks and personal protective equipment would be potentially counter-productive.
The European Union intends to create a strategic stockpile of medical equipment, such as ventilators, personal protective equipment, reusable masks, vaccines and therapeutics and laboratory supplies. The European Commission will finance 90% of the costs of the stockpiling and will manage the distribution of the equipment to ensure it goes where it is needed most.
Edana intends to gather und providing necessary information to the EU and private companies, in order to accelerate the procurement of medical and protective nonwovens products. 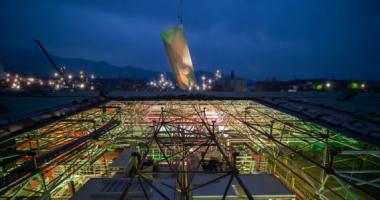 The energy and chemical company Sinopec Corp., Beijing/China, put its first melt-blown nonwovens assembly line into operation at its Yanshan factory in Beijing on March 6, 2020. The Yanshan factory is a converted 3,970 m² former warehouse that has found new life as a global production base following the challenges brought by the corona virus outbreak. Sinopec built the new meltblown nonwovens plant in 12 days to help combat the virus.
The 14,400-tons capacity facility is one of the company’s 2 meltblown nonwovens assembly bases and is co-managed with China National Machinery Industry Corp., Beijing. The base has 2 nonwovens production lines and 3 spunbond production lines and can produce up to 4 tons of melt-blown fabric for 1.2 million N95 disposable masks, or 6 tons for 6 million disposable masks per day.
The new facility also takes advantage of Sinopec’s integrated upstream supply-chain by sourcing local materials from Yanshan and support from the on-site synthetic resin production line.
The largest medical material supplier in China, Sinopec is a significant supplier of polypropylene, a key component in the production of disposable masks for medical use. The new assembly line will ensure a stable supply of medical supplies, such as masks and clothing, can be distributed across the nation and worldwide.
Sinopec’s 8 other meltblown nonwovens production lines in Yizheng, Jiangsu/China, are currently under construction and are expected to enter operation by mid-April 2020.