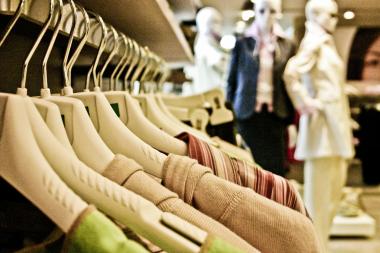 Study on Purchasing Behavior during the Corona Crisis in Germany, Austria, Switzerland and Sweden

Supermarkets and hypermarkets have benefited from the Corona crisis in multiple ways. Firstly, the spending on groceries by German households has risen significantly (more home office, less traveling, more time spent with family and on cooking). Secondly, in 2020, the sales market share of discounters fell by around 1 percentage point to 42.1%, while full-range retailers gained 1.5 percentage points (to 34.8% market share).

“With the continuously growing competition and the existing distribution struggles, it is not surprising if the news on the grocery trade increasingly contain the tenor price war again in the new year. The increase in VAT at the beginning of the year has speeded up the price competition”, says Johannes Hercher, CEO of Rogator AG and co-author of the OpinionTRAIN study

An overview of the results:

Declining frequency of visits to discounters and more visits to hypermarkets
While shopping in all four countries surveyed most frequently took place in supermarkets in the past 2 months (Visits in the past 2 months: Germany 81%, Austria 86%, Switzerland 79%, and Sweden 79%), Germany has the highest percentage of respondents (71%), compared to other countries, who purchased groceries at discounters. Against all expectations, the leading discounters such as Aldi and Lidl have performed relatively worse than the full-range retailers during the Corona crisis. Compared to the first data collection (Apr./May2020), the share of consumers with purchases in discounters in Germany decreased from 74% to currently 71%, the share of shoppers in supermarkets remained unchanged (81%), and the consumer rate for hypermarkets (e.g. Real, Kaufland) increased significantly (from 34% to 44%). While especially older consumers are staying more loyal to the discounter, the consumer rate in the <30 age group is particularly low at 53%. Instead, online grocery shopping shows a high relevance among younger consumers. Almost one in three respondents said, that they had ordered groceries online in the past 2 months.

Significant shift in consumer behavior: More spending on groceries
The crisis situation is leading to massive changes in purchasing behavior. In almost all types of grocery shops, the frequency of visits has decreased, except for online shopping and organic food stores. The reaction patterns of the consumers are becoming increasingly entrenched. As already observed in Apr./May 2020, consumers are going less frequently to grocery stores, but are purchasing more items per visit. In many cases, the discounters do not meet the consumers' need for complete purchases. This is bitter in many respects. In Germany, for example, around a quarter of respondents say, that their spending on food increased during the Corona crisis (5 % are assuming a decrease), while this is the exact opposite (8% increase and 21% decrease in expenses) for clothing (textile, without sports). These figures reflect a massive shift in consumption. This is an indicator that Corona has also changed the statistical market basket. For 2020, the inflation rate for groceries is reported at 2.4%. In this case, most of the change in spending habits can be explained by a quantity effect.

Dynamic pricing is rejected by consumers
Since price flexibility is being discussed in retail as the new "silver bullet to increase margins," the OpinionTRAIN study took a closer look at consumers' views on dynamic pricing ("when demand goes up, the price goes up; when demand goes down, the price goes down"). Results: The consumers' enthusiasm for dynamic pricing in retailing is rather limited. This is not a German phenomenon. In all four countries, the rejection of dynamic pricing is greater than the approval. For retail companies, the "total rejection" segment presents a major threat in particular. This group includes about one-third of consumers and rejects flexible pricing in all 20 product categories presented. Many consumers clearly long for continuity, especially in times of significant changes in terms of retail prices. Although consumers who have already had experience of dynamic pricing (prices can change every hour) in online retailing are more relaxed about the issue, the implementation of dynamic pricing nevertheless involves a significant risk of damage to the customer relationship and a lasting loss of trust.

Online retail: The crisis winner (especially among younger consumers)
The reinforcement of online sales observed in recent years is receiving a new boost due to Corona. The shift in purchasing in favor of online retailing is evident in all four countries, with the strongest showing in Sweden. Here, 40% of consumers say that they ordered more online during the Corona crisis (8% less). Similar results, slightly more moderate, are also seen in Germany (29% more, 9% less ordered online). The demand shift in favor of online purchasing is particularly strong among younger consumers under the age of 30, while it is relatively weak among the age group of 60+.

“It is becoming increasingly apparent, that Corona will also have a medium-term impact on demand behavior. For instance, consumer preferences also seem to diverge more along age segments: On the one hand, the younger consumers are directing towards omnichannel shopping, where even fluctuating prices are not a major problem. And on the other hand, the older consumers prefer in-store shopping and have a strong desire for stable and reliable prices”, summarizes Prof. Dr. Andreas Krämer, CEO of exeo Strategic Consulting AG and professor at the University of Applied Sciences in Iserlohn as co-author of the OpinionTRAIN study. 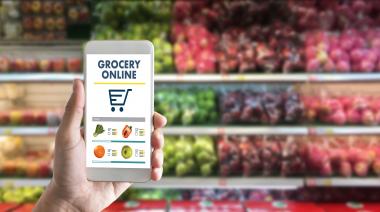