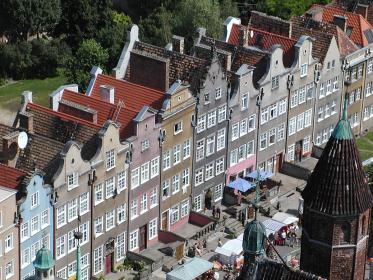 Retail sales of textiles, clothing and footwear are the fastest growing of all product groups in Poland. According to the Statistical Office (GUS) (http://stat.gov.pl), the real growth rate reached 15.8% in the first three quarters of 2016 compared to January to September 2015. The total retail sales rose by 5.3% in the same time. The forthcoming Christmas business is expected to further stimulate the demand for fashion items. The in the current year introduced children's allowance also will heat the purchase power of the Poles.

First and foremost, growing is the demand for common items in the lower, middle and upper segment. Clothing manufacturers however in the luxury category do not benefit from the rising demand. According to the consulting firm KPMG, the poles spent in 2015 about 14.3 billion Zloty (Zl, about EUR 3.4 billion, 1 EUR = 4.1841, average price 2015) for luxury goods, including Zl 2,065 billion for clothing and accessories. These, however, form an important product group and rank second behind passenger cars (ZI 6.974 billion).

The largest domestic clothing company LPP  also felt the fact that the demand potential in the precious segment is limited. The company is known for its brands for everyone, especially "Reserved", which generates almost half (47%) of its revenues. At the beginning of 2016 LPP launched its new premium brand "Tallinder". After the sales however remained below the expectations, LPP announced the gradual abandonment of this project in September 2016.

Tallinder was supposed to compete with the established gents brands and suppliers of other high-quality clothing names like Vistula, Bytom and Prochnik. The market leader in men's clothing Vistula, which also includes the jewelry chain "W.Kruk" and the brand of women's wear Deni Cler, expects in 2016 (2015) an increase of ZI 590 (518)  million and of its net profit to ZI 37.0 (28.3) million. Bytom follows far behind with projected revenues of ZI 154 (131) million and a net profit of EUR 14.1 (12.4) million.

Due to the growing demand, the number of specialist stores for clothing is growing, according to GUS us to around 37,100 until the end of 2015 (2014: 35,900) . At the same time the number of stores for shoes and leather goods, which amounted to 8,200 (8,300) in 2015, fell slightly. One reason for this is the proliferation of relevant trade chains, such as the shoe chain CCC, which contributes to a consolidation, and the increasing online trade.

In 2016 alone CCC opens around 40 new stores in Poland and increases its sales area by 20 to 30% annually. In 2016 this will increase by 105,000 sqm and 2017 by 120,000 sqm (net). The trade chain is looking for additional franchisees in other European countries, now also in Asia and the USA. In the Russian Federation CCC wants to open large salons with about 1,000 square meters. According to the chain founder Dariusz Milek in an announcement of the daily paper Rzeczpospolita the presence in Ukraine, Belarus, Kazakhstan and Central European neighbors should be increased too.

The branch networks in Germany and Austria should not be increased further in the near future; In Austria there are already almost all of the targeted total 70 CCC stores.  Due to the lack of profit in these two countries, their share of the group’s total income, which is expected to reach some ZI 3.2 billion in 2016, should not exceed 10%. CCC also relies on e-commerce. After the trade chain had already acquired the online shop for shoes eobuwie.pl, it wants to start in spring 2017 with its own e-shop.

Polish imports of clothing exceed exports. The two main suppliers of textiles, China and Bangladesh, were able to further increase their deliveries to Poland in 2015. Germany also achieved growth and finished third. Slovakia has multiplied its exports. Among the customer countries Germany was by far the most important player with a further significant increase in its demand. The other ranks were followed by the Netherlands, Czech Republic, Austria, Sweden and other mostly European countries.

Germany is not only characterized by high-quality clothing and well-known brands in Poland. The in Europe leading chain KIK is spreading further in the neighboring country. By the end of 2017 the number of stores should increase to 200. Its first store in Poland KIK opened in March 2012.

E-commerce is likely to give further impetus to the German supply of clothing. The large online retailer Zalando is setting up its first logistics center in Poland in Gryfino in the area of the special economic zone Kostrzyn-Slubice (Küstrin-Frankfurt / O.) for an amount of EUR 150 million. According to the property developer Goodman, it will be the largest logistics area occupied by a single company in Poland. At the same time, it is one of the most extensive BTS (built-to-suit) projects in the country, in which an object is fully built according to the requirements of the future user. Its opening is scheduled for the second half of 2017. Zalando wants to supply from there Poland, the Nordic countries and a part of Germany. 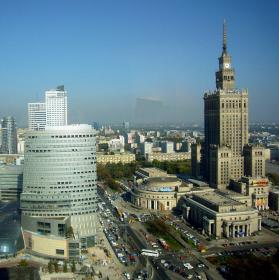 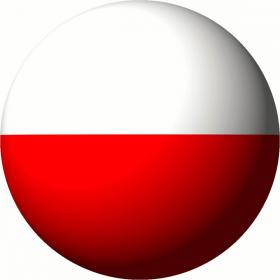 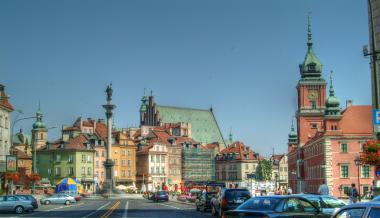